Nix was developed as a group project between myself, Thano Sipsis, Amanda Tsiang, and John Yeon.

Nix is a speculative iteration on transdermal nicotine replacement therapy. We wanted to explore the downsides of traditional nicotine patches and attempt to solve some of the largest issues with a smarter product. The key factor we wanted to improve upon is the unresponsive nature of a passive nicotine patch, many users of nicotine report that nicotine withdrawal is dependent on external factors, something that traditional nicotine replacement therapy is not taking advantage of. Nix attempts to address nicotine addiction in a non-judgmental way that is both user friendly and effective.

To introduce the product I created a CG 34 second ad spot.

In addition to being a more functional alternative to nicotine patches we developed Nix to be a stylish one as well. Due to the ubiquity of fitness trackers and activity bands we decided this form factor would be a great option that would allow us to add more volume to the design (compared to a traditional nicotine patch) while remaining inconspicuous.

I was responsible for the bulk of the industrial design work on this project, due to project constraints we did not have time to produce physical mockups and so all of the work was slated for CG renders. With a robust personal CG pipeline in place I was able to take the product from an incredibly rough set of concept drawings to final renders in just five weeks.

Thano Spisis was the lead on the application design for Nix. The Nix mobile app sets up the user with a personal profile to plan their nicotine replacement therapy in accordance with their nicotine usage. The app also presents the user with detailed statistics and allows users to share information with medical professionals in instances where this is required.

Pairing the band with the app

Tutorial of the parts of the home screen

The packaging design was developed by John Yeon and consists of a multi layered unboxing experience. After the lid is taken off the band is presented to the wearer with replacement nicotine cartridges stored in the base of the box. 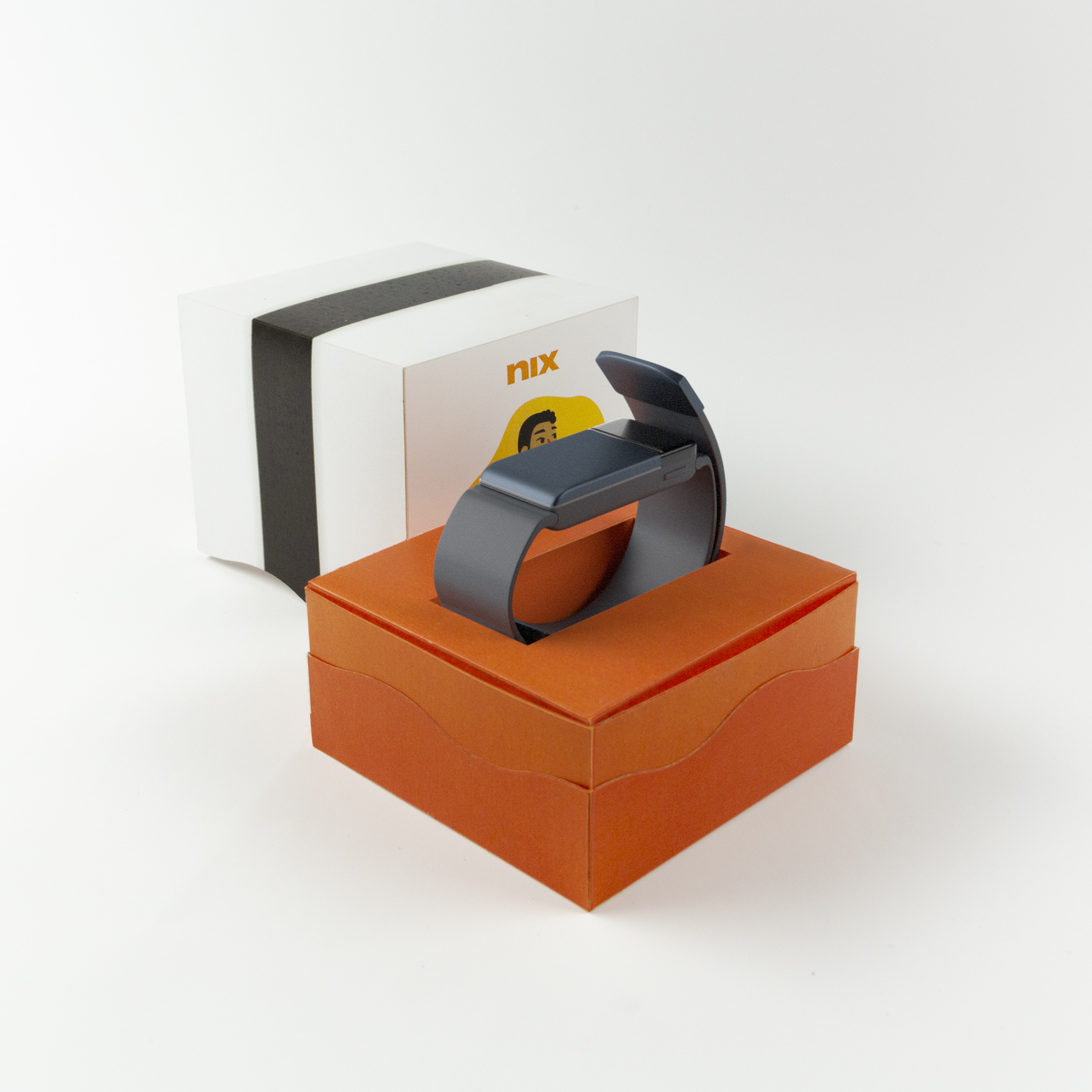 The website and branding for Nix were designed by both Amanda Tsiang, and John Yeon.

Nix’s brand is positioned as a friendly alternative to the clinical nature of most nicotine substitute products on the market today. Using a mix of illustrations (Developed by Amanda) and 3D renders of the product we created a visual style that can be adapted to a variety of situations. A more in-depth look at Nix’s branding can be found at Amanda’s website linked above. 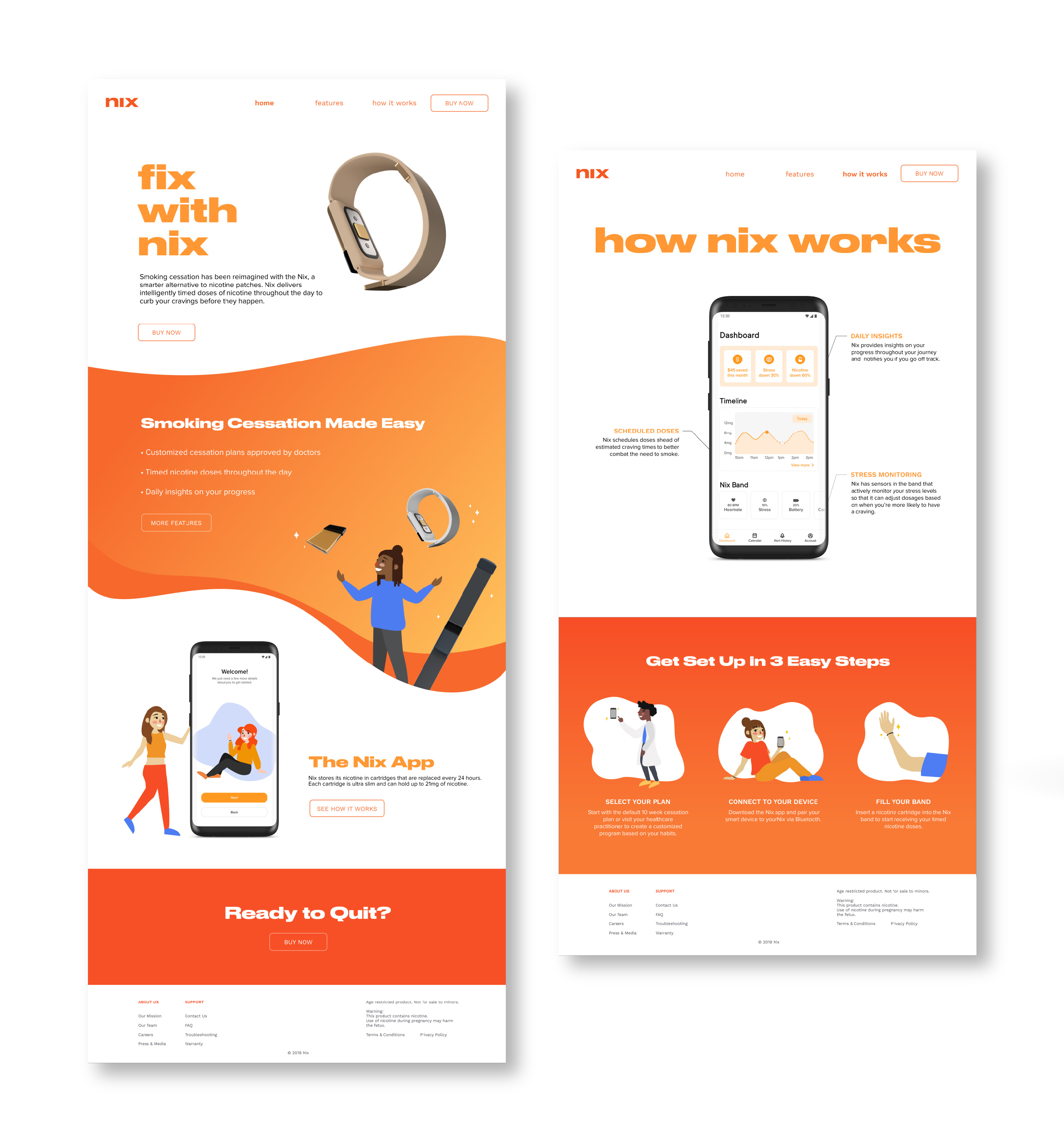